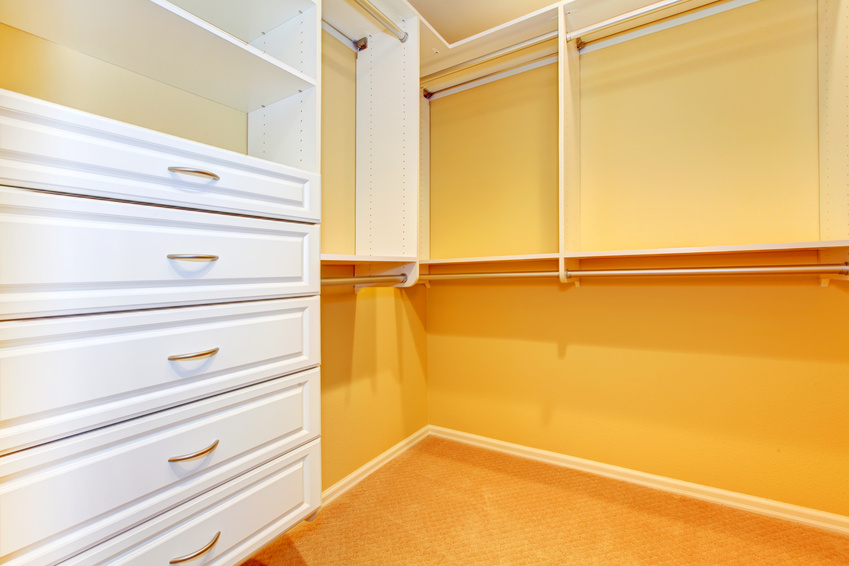 It is a fact of modern life that we always have too much stuff and not enough room to store it. Things pile up around us and start to get out of control very quickly. With house and apartment sizes seemingly getting smaller and smaller, we literally live in a shrinking world. So with smaller spaces than ever and more stuff than ever, many people have started to turn toward closet organization systems and the Murphy Bed Company to make efficient use of what little space they have. Here are just a few tips to help you use the products from the Murphy Bed Company and closet systems to get the most out of your space.

At one point not too long ago, Murphy beds seemed like an anachronistic curiosity from a time long since past. They are beds that fold out of a closet in the wall. Developed by William Lawrence Murphy, the bed was initially designed so Murphy could entertain female company in his one room apartment. Folding his bed up against the wall allowed him to have female guests over without violating the moral code of the time by allowing them to enter his bedroom.

A Murphy bed is great for any place that has limited floor space, and they have advanced quite a bit since their quaint origin in a one bedroom apartment. While most lack box springs, they now use torsion springs or a piston-lift to allow for easy raising and lowering. And many people have started to adopt the Murphy bed as an alternative to the much less comfortable air mattress. People are turning to Murphy beds instead of setting aside a separate guest room or blowing up an air mattress in the middle of the living room.

The product sold by the Murphy Bed Company has started to become a bit of a fashion statement in its own right. People are remodeling their homes less and less, so instead of having another bedroom added on, they are simply purchasing Murphy beds from the Murphy Bed Company and concealing them in clever ways. Closets containing Murphy beds can be painted and decorated to match the decor of the rest of the house, nd some have gone so far as to hang flat screen TVs on folded up Murphy beds.

But if you’ve got enough space for everybody to sleep, you might be more concerned with closet organizer systems. A clean closet can make many anybody feel better, but especially for those that are interested in using Feng Shui to organize their homes. A disorganized closet can produce low energy, even if the rest of the house is well-organized. If we lived in colonial America we might not have this problem, however. Most colonial Americans lacked closets in their houses, and not because of some ridiculous closet tax imposed by the British. It’s more likely that they simply lacked enough possession to necessitate a closet.

So what can you do to keep your closet organized? First, take inventory and clear out as much as possible. Be ruthless and donate anything you haven’t worn in years or that doesn’t fit. Once you’ve cleared out everything, measure the full amount of space in your closet. Don’t let pre-installed closet rods define your space for you. Take them all down and make use of every square inch of space you have. And once you start hanging your things back up, make sure you hang wisely. Items that are used most often should be kept at eye level, whereas things that are used less frequently should be placed on shelves up high. Research more here.